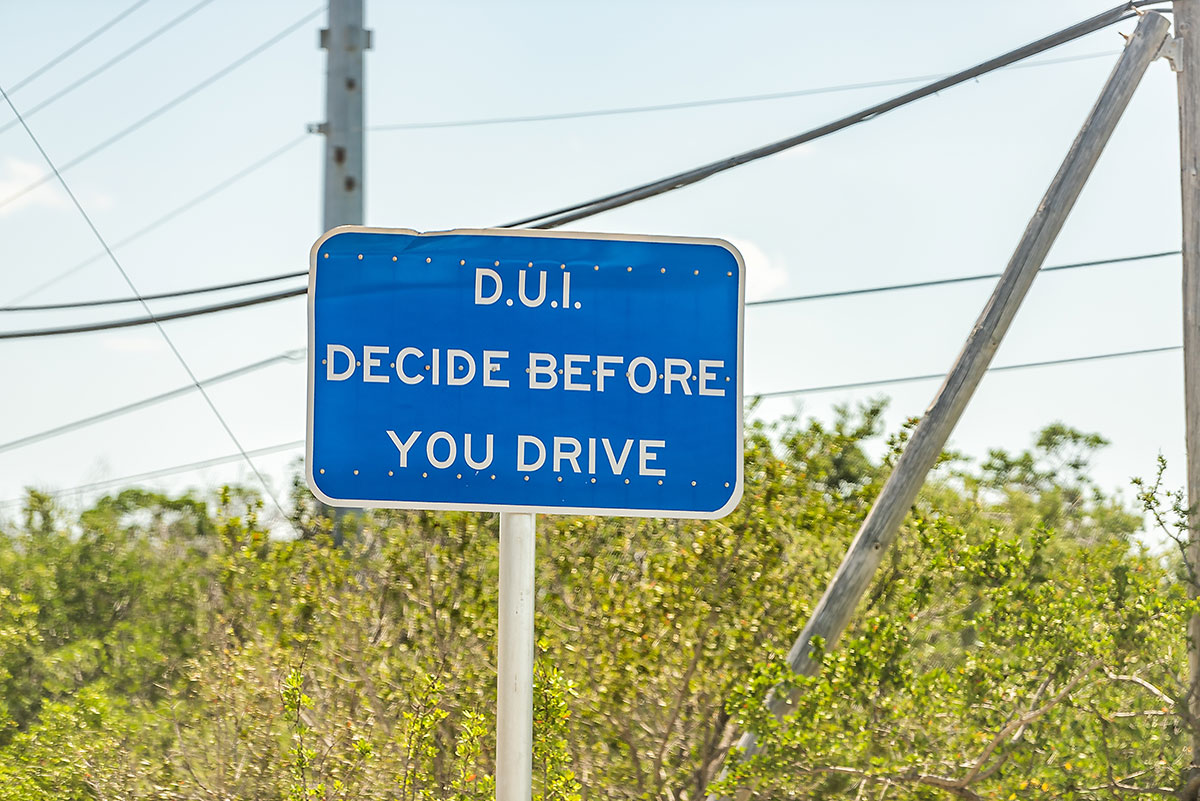 The Florida Keys are known for beautiful beaches and a party vibe that lasts the entire day. It’s great to visit places like Key West and enjoy the nightlife, but you must do so with caution. The city’s police department has a no tolerance policy for impaired driving, which can cause problems for people on vacation that get behind the wheel when they’re over the legal limit. Getting a DUI when you’re away from home turns something that is already difficult into something more problematic. Hutchison and Tubiana can help if you get a DUI while on vacation in Key West.

Driving or operating a boat while under the influence of drugs and alcohol is a severe problem, and many states have severe penalties to discourage the behavior. In Florida, the penalties for a DUI increase with each instance but don’t think that first-time offenders only get a slap on the wrist. In Florida, first-time DUI offenders can be fined $1,000 or spend up to six months in jail. They also have to do community service and attend a DUI class. By getting help from Hutchison and Tubiana, you can ensure you get the best outcome for your situation.

Being convicted of multiple DUIs has even worse consequences. If you have two or more DUI convictions within five years, mandatory jail time is required. A fourth DUI is automatically a felony, no matter how much time has passed between each incident. And the fines and additional penalties only get worse each time. Because of what’s at stake, it’s essential to fight any DUI allegation to the greatest extent possible. Hutchison and Tubiana knows where to look for factors that can be used to bolster your case.

All of this talk about multiple offenses applies mostly to people in Florida, but vacationers from out of state shouldn’t assume they can escape the problem by going back home. If your license isn’t in Florida, how can they suspend it? The answer is the National Driver Registry, which hosts the Problem Driver Pointer System “which contains information on individuals whose privilege to operate a motor vehicle has been revoked, suspended, canceled or denied or who have been convicted of serious traffic-related offenses.”

If you get arrested for a DUI in Florida, your license will be suspended back in your home state. The suspension in your home state will last as long as it would in Florida, or longer if your state has stricter penalties for drunk driving. Furthermore, if you don’t pay off the court fees or handle the other reinstatement requirements from Florida, you won’t get your license back. And don’t worry, your insurance company will find out about your conviction, too, so your rates will increase. To ensure the best outcome when you’re arrested for a DUI in another state, hire a DUI attorney like Hutchison and Tubiana before the first court date.

Another thing to keep in mind is that skipping a court date for a DUI can result in far worse than license suspension. Since the penalties for DUI and BUI include possible jail time, there’s a chance that an out-of-state warrant will be issued for your arrest. Trying to avoid your DUI in Key West can end with you being dragged back to Florida to spend a few months in jail. Rather than live with a Sword of Damocles over your head, get help from Hutchison and Tubiana to get the best resolution for your DUI.

Above all else, we recommend that you don’t try to fight a DUI charge on your own. Without an experienced lawyer with a strong background in intricacies of DUI law, you are almost certain to fail. Hutchison and Tubiana helped hundreds of clients and saved them thousands of dollars in potential court costs and other fees. If you have an issue involving a DUI in Key West, contact Hutchison and Tubiana to schedule an appointment.